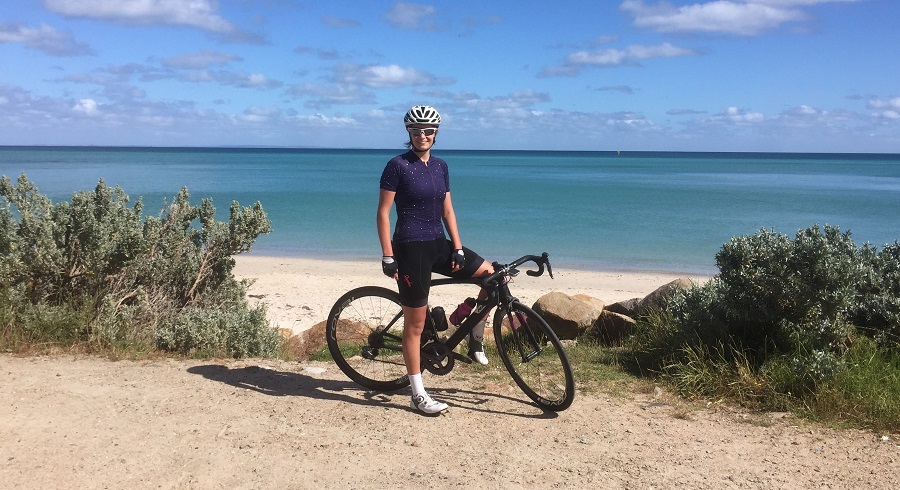 Hannah Geelan - Get out and RIDE!

FE Sports and Ridley Australasia Ambassador Hannah Geelan is back to inspire you to get out and explore with another guest blog entry reflecting on a jam packed year filled with some incredible on the bike adventures!

Here we are, somehow just one month shy of Christmas! What a year on the bike it has been. With Summer and 2019 just around the corner, I have a diary packed full of adventures coming up on the bike but it's also a nice time to reflect on all the places I've been in the last six months. My partner Roey and I have explored a huge array of areas from various parts of regional Victoria to Adelaide and up to Sunny Noosa. I thought I would share some of my highlights!

We finally visited the Grampians! Here we were able to ride up marvelous Mt William, which has glorious views almost the entire way up, and the final 1.5 km is closed to traffic. We also did an amazing 100+ km loop right around the national park which had so much variation in terrain and scenery. It would have to be one of my biggest recommendations for cyclists to do. Put it on your bucket list!

In July we spent some annual leave split between Noosa and Adelaide. My absolute favourite part about Noosa was our ride through the hinterlands up to Montville and then back through Wappa Dam. The views were just brilliant. I also really enjoyed the climb up to Mapleton via Obi Obi in the rain. It was quite slippery but I enjoy a good challenge. We rode in excess of 500 km with a lot of climbing in our four days in Noosa and by the time we hit Adelaide, I mostly socialised with my riding buddies but still hit the hills and gravel of course.

Much closer to home, Roey, his brother Tim and I spent one glorious sunny Saturday riding down to the Mornington Peninsula and rode through the Fort Nepean National Park. The final stretch is closed to traffic and it was really cool to ride through and see views of the bays across both sides of the road.

Whilst it is less than an hour from Melbourne CBD, we had never ridden in the 'spa country' until recently. We did a really cool loop from Woodend riding through to Kyneton, Lancefield, climbing Mt Macedon before returning back to Woodend. This area promises quiet country roads and rolling terrain. The climb up to Macedon from the Hanging Rock side was really quite awesome, a couple of nice pinches but mostly a constant gradient.

Our favourite weekend place to travel to for a ride is the Gippsland region and we have been lucky enough to have had a couple of adventures in the last six months in this wonderful area. Our most recent was a loop we have done a handful of times but we altered it a touch which was somehow even better! My favourite part of the loop is Grand Ridge Road, it's absolutely magnificent. But I also love the 'closed' road along the Canals. As recently as 2011 it was still a road by the river but they've since closed it but if you ride over a dirt mound and passed the bollards you get to ride along a narrow, overgrown, pot hole road by the river. That may not sound like everyone's cup of tea but it sure is mine! There's also a gravel descent on the loop which will test you and is good fun to rail!

Another ride in the Gippsland was a ride we hosted for CycleHosts in Korumburra. We had a great group of humans for a day adventure and the highlight for many probably wasn't the strong cross winds (surprise) but we made up for it with an amazing slice and coffee at the Kernot General Store! But the number one on my list of Gippsland delights (thus far) is a loop I did with Roey a couple of months back that visited Tarra Valley. This is just one of the most stunning areas I've ever been to and ridden in. If fern-covered, quiet roads are your thing, pay it a visit!

It isn't until I write it all that down that I realise that we have certainly traveled and explored a lot of terrain recently! I have really thrived on being a recreational rider post competitive days. I don't have to worry about numbers, I can just go and enjoy myself and ride whatever and however I like.

Trip to Adelaide and Devonport for Christmas/New year

We have quite a few more adventures with CycleHosts planned for 2019 so stay tuned to @cyclehosts.

In other exciting news, I will be beginning bike fits for my work Total Balance Physio in the very near future. I will also be implementing strength and conditioning programs for cyclists and triathletes. This is from Black Rock in Victoria so keep your eye on the @totalbalance_physio and @hannahgracegeelan  Instagram pages if you're local and interested to know more!

Until next time, Keep Riding!